Ron Fogel was the President of the FIPRESCI Jury at Cannes Film Festival 2021, and the first Israeli film critic to have this honour. I talked to him before he headed to Cannes about his unusual upbringing in the family of diplomats, and how he decided to change his career: Ron was successful lawyer with passion for Samurai movies and Westerns, but few years ago he became full time film critic and professor at the Haifa University. Ron told me how Israeli film and TV managed to reinvent itself during the past two decades. We discovered our mutual passion for John Woo and Spike Lee, but we also talked about debate about old movies like “Gone With the Wind” and the correct approach to present some controversial topics to new audiences.

Ron is also a popular lecturer at universities and cinematheques. Film critic on “Kan” broadcasting company (TV and radio), the sport channel and 100fm radio. He's director of a film festival in Israel and often serves on a jury of film festivals around the world. He had established several movie clubs around Israel and after serving as the president of “Les chained des rottisuers” (a culinary organisation) had established the “cinematic culinary club” In the Tel Aviv cinematheque. He is a graduate of Tel Aviv University with a degree in law studies (LLB) and a degree in political science (BA). 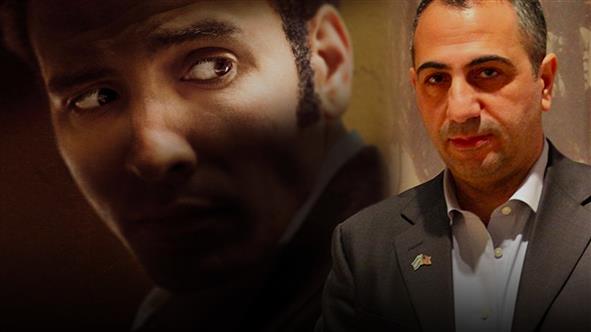 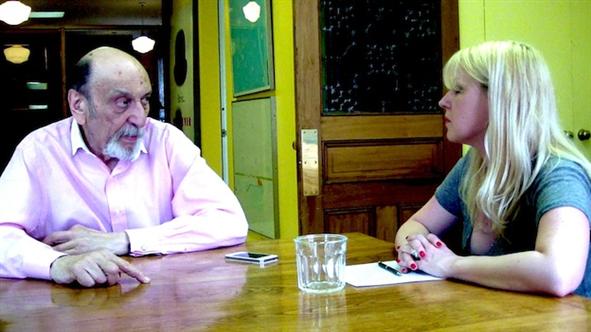 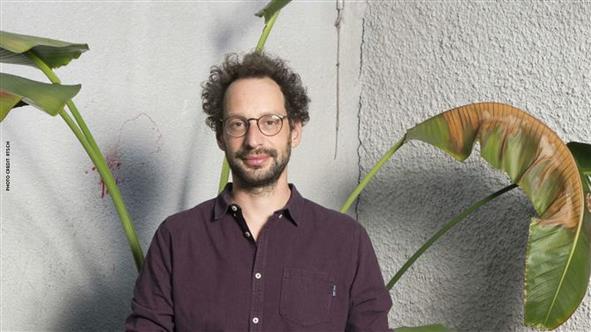 A former Mossad agent Avner Avraham is a renowned expert on Mossad operations who famously worked to reveal and publicize the insider story of the historic 1960 capture of Nazi war criminal Adolf Eichmann. While working as a Mossad agent, Avraham discovered the original documents surrounding Eichmann's capture and trial, and, moved to share his findings with a wider audience, curated the world-famous and headline-making museum exhibit "Operation Finale: The Capture and Trial of Adolf Eichmann" and produced an accompanying documentary. Wit

MondoPop 03: The Shape of Water, Three Billboards Outside Ebbing, Missouri

MondoPop 01: The Post, Call Me By Your Name, Get Out

Short interview with Mats Staub about his work and the reasons why he came to Belgrade for the next phase of his multimedia project "21".

Nazi Germany occupied most of Yugoslavia by April 1941. Milan Nedić was the "nominal" local ruler, comparable to the collaborationist regime of Quisling in Norway. Under the Nedić regime, heavily anti-semitic "Grand Anti-Masonic Exhibition" opened in occupied Belgrade on October 22nd 1941. Allegedly it was funded by the German occupiers and supported by Nedić to intensify hatred against the Jews, although the title of the exhibit suggested the Masons. While Nedić was a supporter of the German plan for extermination of the Jews, Serbian Partisan

"So what exactly is a little black jacket? Aside from the obvious namesake of being little, black and a jacket, Lagerfeld’s recent obsession stems from classic roots. The jacket is made of tweed – not unlike Chanel’s other classic jackets. The jacket was born in the 1920s by house founder Coco Chanel and was instantly a hit. The tailored, professional jacket has remained a popular trend and item throughout the decades, not changing very much at all: a true testament to the timeless style icon." - Becky Robinson

OVAJ VIDEO NIJE SPONZORISAO HOTEL "citizenM"! citizenM is a new breed of hotel now in Amsterdam, Glasgow and London, and coming soon to New York, Paris and a city near you. citizenM welcomes the mobile citizens of the world- the suits, weekenders, explorers, affair-havers and fashion-grabbers. So if you travel with an open mind, a love of free movies on demand and free WiFi, come in and take a room tour. The inspiration hungry: meet citizenMag, our lifestyle magazine.

Agitpop team at The Stone Roses @ Sziget 2012. The first impressions and a bit of the atmosphere as the concert opens with "I wanna be adored"...

New Order, Exit Festival...Feel like Crystal, and play it louder (we experienced technical difficulties with our microphone, so pump up the volume:)

Agitpop's world travellers, Tijana, Bogdan & Asja, are at the grounds of Zuccotti park in Manhattan, trying to figure out what is it that people from Occupy Wall Street movement actually want. As they stroll around, we see some familiar sounds and sights: drummers lifting the mood, black fist "Otpor" logo... it's Belgrade 1996 all over again.

Agitpop at Venice Biennale, part 3 of 3

Agitpop at Venice Biennale, part 2 of 3

USA Pavilion and German Pavilion "In a note to Christop Schlingensief death in the Süddeutsche Zeitung, Literature Nobel Prize Laureate Elfriede Jelinek wrote: "Schlingensief was one of the greatest artists who ever lived. I always thought one like him can not die. It is as if life itself would be dead. He was not really a stage director (in spite of Bayreuth and Parsifal), he was everything: he was the artist as such. He has coined a new genre that has been removed from each classification. There will be nobody like him."

Agitpop at Venice Biennale, part 1 of 3

Agitpop u Mančesteru, part 3 - The life and death of Marina Abramović

Agitpop.me @ The end of the world

"The man didn't die for the flag. It is a piece of cloth. He died for what the flag REPRESENTS. And that is the freedom to burn the fucking flag". Agitpop preporučuje dokumentarac "AMERICAN: The Bill Hicks Story"